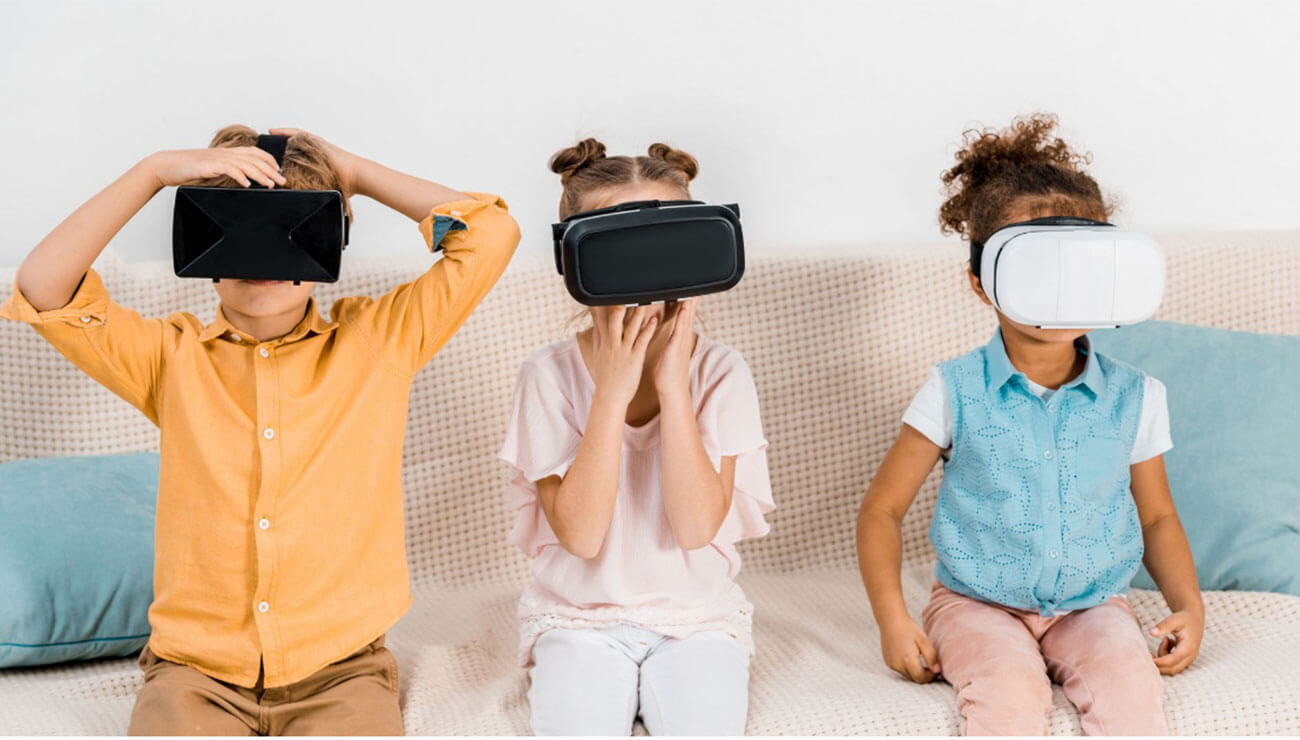 Virtual Reality in Education and Why is it so important?

What is Virtual reality? The dictionary meaning of Virtual means “made to appear to exist by computer” and Reality means “a thing that is actually experienced, not just imagined”. In short, anything which is experienced in a computer. You must be wondering as to how we can experience things on a computer, it is practically impossible. Yet everything is possible in the 21st century. Years back in 1962, Morton Heilig built the first VR device -which was basically a large booth that could fit 4 people. Fast forward to 2007, Google updated its Maps services, so that a person could feel that he is standing virtually on a road and can navigate his way.

VR Headsets were used earlier in a lot of gaming technology. Researchers and education practitioners emphasized a lot on the multi-fold benefits that VR would have in education. In an era of smartphones, tablets, smart TVs, computers, laptops, etc, Virtual reality seems to be the logical step towards innovation in education.

Earlier we had computer labs in schools because people were unable to afford a computer/laptop at home. It was all about displaying the information on the big white screen and also learning how to use such devices. But now with almost every house owning a computer/laptop, the relevancy of computer labs in school has diminished. Knowledge has become easily accessible to any part of the world now.

It still focuses on cramming and passing an exam

Till today, students and their parents worry is whether they will pass final exams with good grades or not. The purpose of schooling has confined to only passing exams. Teachers and students expect long retention of topics without even understanding the same.

Teachers find it difficult to explain complex concepts. Let say for example the study of relativity in Physics, which is difficult and the most important topic. It sets the base for the future understanding of topics.

A student in Gujarat wants to visit the rich history of the Taj Mahal, Qutub Minar, etc. Except for a yearly excursion to a picnic spot, students are unable to visit and witness the true picture of any subject.

So here, we come to a point as to how Virtual reality helps kids in their future?

Experience concepts with VR in a live kind of set up. Experience the topics from the cosmos and galaxies to inside the human body every day.

Imagine, a child knowing various ways to perform a task or a concept. Textual learning confines you to think inside the box. Whereas VR helps you develop the capability to think beyond the box. It also helps you in experimenting with the less-traveled paths of Science.

Studies have proven, that visual imagery activates certain specific brain cells. It increases the efficiency of brain cells in providing signals to react to a certain situation swiftly. Thus, VR can explain concepts that are tough to explain verbally. You could see yourself being a part of the lab experiments and engineering activities.

In today’s time, children are addicted to games on smartphones. Be it Candy Crush or Pokémon Go! Why do children get this much addicted to something which doesn’t add value to their careers? Merely because the interface on which these games are made is very interactive loaded with advanced computer graphics. All of it makes your child hooked to their smartphone device. We have tried to include advanced graphics in the learning. The child develops an urge to learn more. Technology is simply just playing with your mind, at the end everything is Science!

Parents have nowadays the least control over the child’s action. Parents are always worried about whether their child is studying or not and the teachers worry whether they are paying attention or not. Teachers usually call such state of mind of a child as “Physically present and mentally absent”. With VR, parents can have full control over which chapter of science their child is learning. How much screen time has he already spent, and can also set time limits for the amount of the time he should study so that their overall screen time is controlled.

VR Headsets are just like any other smart device with no complex hardware connection required. You can use any of your smartphones inside the headset and your VR device is all set to work.

When children watch something visually, it is more likely that they will repeat the instances to their friends and family. This makes them a great storyteller. They would believe that they are interacting with the objects in a live environment, thus helping them dig deeper into a concept.

Even after starting the career benefits which VR which would have in your child’s future. The point of scoring good marks in the exams would be still in the corner of your head. Well, with VR induced learning in education, children tend to learn the concepts thoroughly and for a longer period of time. Thus, the tension of last-minute revision of the course is taken care of.

Above are some of the many benefits that we have of using VR in education. We are giving a platform to expose your child to a world where it would have been physically impossible to travel. Investing in smart education will reap you the sweetest fruit. Virtual Reality is changing the entire education system. Transcend the sky and the inside of the waters with FotonVR.